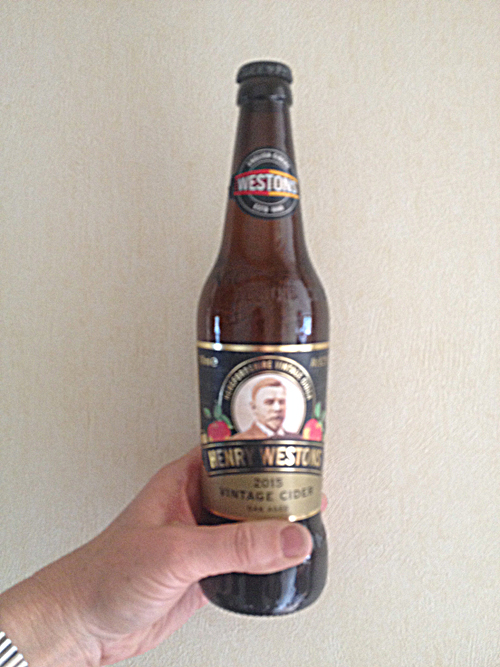 My cherished friend and music colleague Fiona Baines from Nottingham has become a familiar voice in our amiable village of late. You may recall Fiona’s soaring descant at Midnight Mass in 2015, or her dazzling performance at the St Michael’s Springtime Concert last year (we’re planning a St Cecilia celebration gig at the church for November – I’ll keep you posted). You may also have spotted Fiona guzzling cider at one of our local hostelries, whilst editing my rambling magazine articles. We decided it was time for a swap of roles, so this month Fiona is sharing some of her music thoughts with you, and I’ll get to explore her recommended editing hang outs! See you in June. CS

Surprisingly, there exists an unlikely informal twinning of Thorpe-le-Soken and Nottingham, and this particular alliance started 36 years ago. Thorpe appeared on my radar as Catherine and I struck up our musical and social friendship during our study years in London. Needless to say, countless harmonious collaborations have taken place since then, including many within your lovely beguiling village.

Fast forward to 2017 and we musicians are very fortunate if we land jobs that pay well, and in reality most of us have to combine the many different aspects of music, such as teaching, running performance groups, pursuing playing gigs for ourselves, even the odd well paid session comes by occasionally – but not very often. Some musicians however, take on a tandem existence of seemingly unrelated professions. I for one combine my time as a performer, a music and play therapist, and as a seasoned carer within all the different care settings you can think of. Equality and Diversity is my (odd) middle name and I find myself privileged to meet all manner of people, young and old, within all manner of situations.

One of my recent bookings was as an agency nursery worker, with 10 toddlers who were all around the delightfully terrible 2 years of age. Having never reared children, I was completely unprepared for the sheer exhaustion I felt by the end of my day, and I take my hat off to anyone involved with childcare – you are all saints.

Some of you reading this will remember your nursery school years and reflect fondly on the nurturing care and attention of your own inexhaustible Mrs. Janet Shrubshall. She, whose ever open and accepting educative arms, has been a wonderful asset to all those small children’s lives she’s guided over the decades.

Back in Nottingham’s nursery, I watched on as 6 of the ten energetic toddlers who, sitting relatively still for a micro second, engaged in magnetic ABC play. Most young children are refreshingly uninhibited and naturally sing out loud, and one little chappie spontaneously burst into the ABC song which I joined in with. Before long they were all singing…and in tune. Taken by surprise I experimented with starting them on different pitches, and was amazed how adaptive and in tune they remained. However, I also noticed the other assistants singing out of tune, and had gleaned from my short time working there that exposure to this most natural and instinctive of music making was limited in this nursery setting. Some adults may feel conscious about uttering sounds, especially when confronted with a confident singer in their midst, but what a to-do…with the understanding that singing facilitates language and speaking in our young children, does it matter if they are being exposed to out-of-tune renditions of their favourite songs? In this era of dumbing down music and especially singing, in schools, there’s a debate to be had for sure. FB