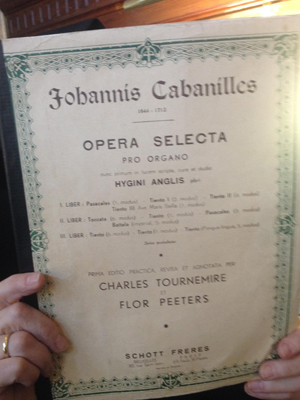 I drifted into Rome’s Basilica of Saint Cecilia on a beautifully clement February afternoon (meanwhile snow was drifting into Essex – good timing Catherine!). I was greeted by the mellifluous intricacies of baroque organ music. So, perching myself on a pew beside a gleaming marble sculpture of the famous patroness of musicians, I gave myself up to the heavenly gift of live music.
Here I was in my favourite Italian city again…and after just one day of sun and artistic inspiration filling my senses, I was starting to feel rejuvenated. The organist *cadenced perfectly, turned towards me, and smiled. Encouraged by her open friendliness, I gathered myself to utter some compliments in slightly rusty Italian…she replied in PERFECT English, and it transpired she was Cornish! Shocking! Conversation took a lively turn, with Sister Margaret weaving a verbal tapestry of her life; of leaving Blighty, moving to Rome, studying baroque music and the haunting Gregorian chants, the healing and communicative powers of music, life as a nun and surviving in England as a professional musician. Pausing for breath, I sensed that Sister Margaret, although enjoying our chat, needed to get back to practising. Thanking her for our fascinating discourse and her wonderful playing, I scribbled an aide-memoire for the composer Johannis Cabanilles, referred to by Sister Margaret as “The Spanish Bach”.
With the sounds of Cabanilles still ringing in my ears, I turned my attention to having a chilling thrill and descended to the bowels of the church… to the crypt. These 2nd century foundations of Saint Cecilia’s town house comprised a fascinating labyrinth of rooms and artefacts, including the bathroom where the emperor’s hit men allegedly attempted to suffocate poor unsuspecting Cecilia. She bravely withstood this onslaught, so they tried beheading her…. miraculously surviving THAT attack also, Cecilia carried on with her pre-saintly work, whilst slowly bleeding to death over several days. Messy. She finally succumbed to martyrdom…..with angels and music surrounding her, according to the paintings. All this clearly showed Cecilia to be a courageous and remarkable woman, and many would agree most deserving of her sainthood…..and a church in her honour too.
With pupils like saucers and my head full of the potent history, I emerged from the depths of the crypt into the bright sunshine of the courtyard. Hearing the church bells inviting the nuns to prayer I sat next to a gushing water fountain, and with manuscript paper to hand I began writing a melody to accompany the tintinnabulation. I gradually sensed another presence beside me – had Cecilia herself come to assist me? – er no! I turned and met the gaze of a tiny yet ferocious nun telling me very firmly (in Italian this time) to leave the premises NOW as the church was closing its doors for the afternoon. Scooping up my belongings I did as she bid, meanwhile desperately hanging on to the memory of my Saint Cecilia inspired ditty.
After all of this excitement my stomach needed food, so I headed towards my favourite Pizzeria for creative refuelling and to calm my nerves. I noticed a poster advertising Art Garfunkel’s upcoming concert in Rome the following week. Hmm… I decided that Art and Paul would have been VERY firmly ushered from the church premises by my fierce nun, had she encountered them composing the first bars to their ode “Cecilia” back in 1970…… foot stomping and hand clapping galore as the boys began their plea for musical guidance from their patroness!

* Perfect Cadence – notes/chords comprising the close of a musical phrase